Video surveillance is arguably the most vital part of a security system for the simple reason that it is a highly effective crime deterrent. In addition, the footage you get from video surveillance can be used in investigations should the authorities require it as evidence. However, you cannot merely install CCTV cameras and expect them to operate at peak performance. Notably, you can take specific steps to capture reliable video surveillance in your business premises.

Secure from Hackers — Over the years, security camera capabilities have changed massively, and internet protocol (IP) cameras are a good example. The models have significant advantages, such as remote monitoring and automatic uploads to the cloud. It might explain why IP cameras are prevalent in most business premises. That said, burglars constantly change tact and are finding ways to breach network-based video surveillance systems used in businesses. Since IP security cameras are connected to a computer network, it is crucial to protect them from cybercriminals. There are various ways to do it, including securing your business network using cameras with encrypted signals and blocking public internet traffic from your system. Such steps make it difficult for cybercriminals to gain access to and manipulate your security cameras.

Store Footage in the Cloud — Advancements in technology have made video surveillance easier for businesses. Rather than rely on hardware to store digital footage, you can configure a surveillance system to upload footage on the cloud automatically. Notably, cloud-based video surveillance is convenient because you can access surveillance footage from any smart device. Moreover, you do not need to buy more storage devices when you open new branches since cloud-based surveillance allows you to add new users, locations and cameras to your virtual storage unit. Besides, you can easily access surveillance footage anywhere, as long as you have an internet connection and an intelligent device, such as a smartphone, a tablet or a desktop computer.

Strategic Camera Placement — Most business owners think installing security cameras in every corner is the best way to secure their facility. While there is some truth to the approach, you can still achieve the same level of security with fewer cameras. All you have to do is install security cameras strategically. For instance, security cameras are effective when installed above busy spots, such as entrances and exits. However, if the areas lack sufficient lighting, the surveillance cameras will be ineffective. A security expert should help you place video surveillance cameras strategically by considering factors such as the angle of view and lighting conditions. 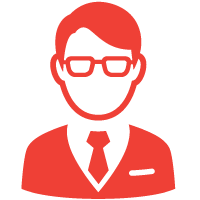 Welcome to my blog. My name is Kevin and this is my security blog. Everyone wants to be safe in their own home. After a number of houses in my local neighbourhood were broken into, I decided to take action. I called in a security company to look at my home and recommend a range of improvements which would make it a safe place to live. They installed CCTV, an alarm system and a special set of lights which light my backyard up when a sensor is triggered. Since having the work completed, my wife and I feel much safer.